Last week when we celebrated our three month anniversary, we were also celebrating something else.

When we got married, we knew that it would be 6-12 months before G finished his time in the United States Marine Corps. So throughout our engagement and these last three months, we’ve been praying for the Lord’s direction and guidance for our next steps. Being able to sharing this time and process with G has been a sweet adventure of learning and growing for both of us, and I’m so thankful I had the chance to support him not just as his girlfriend or his fiance, but as his wife.

Last Monday, God began to show us an answer for those prayers.

After two interviews, G was offered his first post-military job!

So while we celebrated three months, we were also celebrating a job offer {pretty fun timing, right?}. 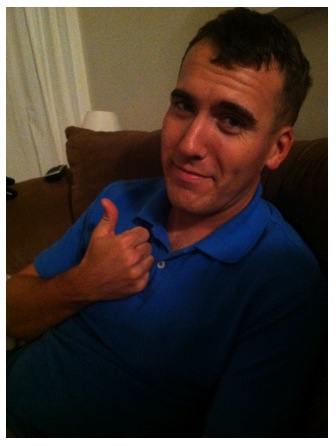 We first told our family by sending out this picture… {please excuse the fake smile on the right, I was mad about the headache I had all day, not my boo’s big news!} 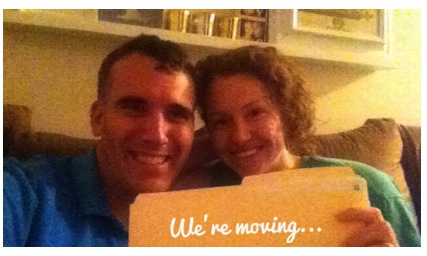 And if you can’t read the words on that picture, I’ll make it a little bit bigger for you:

I’m a little sad to move from the place that we’ve spent our first days together. It’s crazy to think that in less than two months will be in a new city, a new home, and reestablishing ourselves again.

But I’m also excited {and a good overwhelmed} about the new things that lie ahead.

So where will our new home be? Well to give you a hint, I politely asked G to pose for a picture with the local newspaper from our new city. 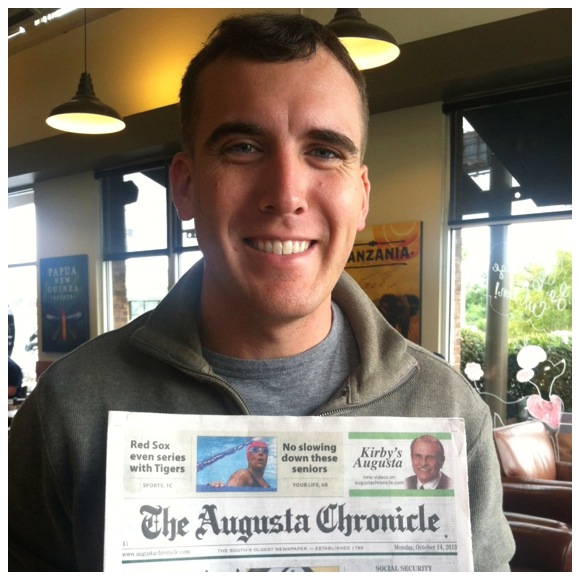 11 thoughts on “atwell adventures in…”