(I’m in the middle of organizing things we’re taking in our car and taking pictures off the wall… I can’t believe we’re moving tomorrow! ahh!)

At first I was a little intimidated by the idea of a Thanksgiving meal on our own here in Hampstead. But after a little bit of planning and pinning, it really wasn’t that bad and actually kind of fun.  With the exception of the 20 minutes we skyped with my family, it was by far the most quiet holiday I’ve ever experienced.  But there was something special about cooking, reading, and listening to music with G.  It was the kind of quality time we don’t very often find ourselves with.

Our menu consisted of turkey tenderloin {a little less intimidating than a whole turkey} and lots of carbs.  I don’t think I’ve ever cooked this much for two people – and are whole table was covered.  I also used our blue and white china for the first time!

Oh and I made my first pie!  {with store bought pie crust…shhh…} 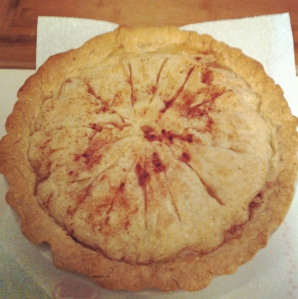 We also decided to start a new tradition that night. I asked Gary to pick out a movie for us to watch, one that we could watch every year on Thanksgiving {or at least the Thanksgivings we spend on our own}.  The only rules were it had to be a holiday movie and it had to be kid friendly.  He chose The Polar Express which somehow neither of us had seen all the way through.  A movie and hot chocolate on the stove with homemade whip cream – perfect end to a good day.

Thanksgiving 2013 – you were sweet and memorable. 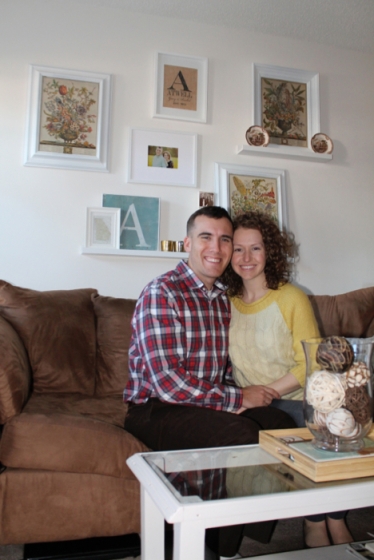 How was your Thanksgiving?

3 thoughts on “our first thanksgiving”