I changed the name on my license to Atwell.

A few months back I made the social security card switch.  It was an easy process, so I crossed my fingers and hoped the license switch would go just as smoothly.

I called to find out what all I needed to bring to not only get my lost license replaced {because sometime during or after our move I lost my license}, but also change my name on said license.

After getting all the documents together this morning I decided I would go ahead and take care of it today.  The only problem was that I hadn’t had a shower and wasn’t planning on getting one until this afternoon after my run.  So just to be sure I wouldn’t be pictured in my scrub look, I called and asked if I would have my picture taken or if they would use the old one.

My friend Alan told me they would just be using my old one.

So off I went in a baseball hat, puffer vest, and a few swipes of mascara.

And thankfully everything went smoothly.  I had all my documents.  They didn’t charge me for the update. And just as I was getting comfortable in my chair, the attendant told me I needed to look at the camera.

But Alan said I wouldn’t have to have my picture taken!

She then explained, the computers won’t let them out of the system if they don’t take a picture.

Noooo! It was like I had gone to school and forgot it was picture day!  Except I really didn’t forget, but rather someone had lied to me!  {And I would have never looked like this at school!!!}

So in a moment of panic, I asked if I could go to the bathroom to at least try to fix my hair, which hadn’t been washed or dried properly in about 36 hours and was currently under a baseball hat.  My hairstylist sister is probably cringing.

I went into the bathroom took off the hat, gave my hair a quick fluff, pulled it half back, and realized it looked like I had a mullet.

Not good. So back in a pony it went. {Still not good, but not a mullet.}

And about two minutes later, through gritted teeth and sleepy eyes, I had my first Atwell picture i.d. 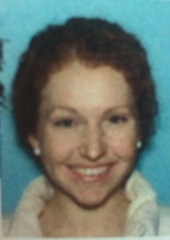 Thanks for all your help, Alan.  You got me good.