This past month G has been on terminal leave but today marks his last official day in the United States Marine Corps.

Never would I have thought that I would be married to someone in the military.  But the Lord knew exactly what I needed, and that was G – military status and all 🙂

I still remember on our very first date in May 2012, when G casually {and I mean casually} mentioned that he was going to deploy sometime that fall.  Since he had JUST returned from Afghanistan, I thought for sure he was joking, and in fact, I probably asked him if he was joking a million times.  Although he didn’t have to deploy after all, from that moment on I took our relationship even more seriously.

It wasn’t going to be easy. It was scary. But it was so, so worth it.

I’m thankful to have walked alongside him during his last 20 months in the Marines {7 months as his girlfriend, 7 months as his fiance and 6 months as his wife}.  And as much as I’m happy to see him a “civilian”, I have been and always will be proud of the time that he gave to serve our country. 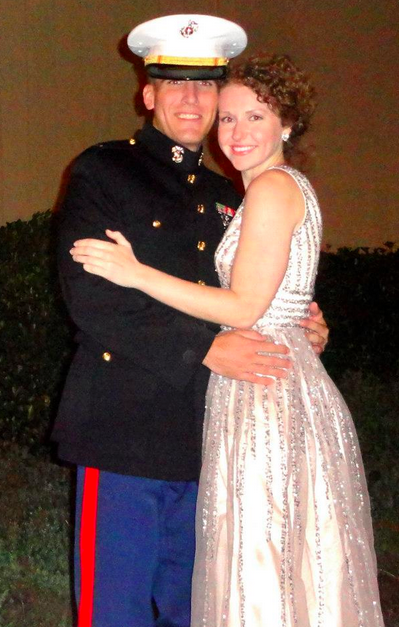